Think about it, Jesus’ Resurrection & Ascension follow naturally from His crucifixion.  (.....He’s alive and on the up & up!)  The Son of God cannot remain dead and in a tomb.  That would contradict His divinity.

His death and burial are well attested towards the end of the Bible books Matthew, Mark, Luke and John (the Gospels).  The authenticity of these records is self-evident on reading them.

Paul, the Apostle, perhaps Christianity’s greatest advocate, reasoned: ...If there is no resurrection of the dead, then not even Christ has been raised.  ...if Christ has not been raised, our preaching is useless and so is your faith.         1 Corinthians 15:13-14 NLT

Did you get that?  ...if Christ has not been raised, our preaching is useless and so is your faith.   We believe in Jesus Christ, we believe also the record of His crucifixion, His death and His burial.  Believing in His resurrection, also attested in the Gospels, makes sense of our faith.

This belief assures our salvation.  Salvation, yours and ours depends upon the death and resurrection of God’s divine Son, Jesus.  Without these, all believing is useless.

In His risen body Jesus needed to be with His Father in heaven.  For a few weeks after His resurrection He showed Himself to His followers.  Then, the Bible records His ascension - His return to heaven; Acts 1:6-11.

His followers watched flabbergasted as He rose out of sight.  They were probably even more shocked when angels appeared saying to them: ...why are you standing here staring at the sky? Jesus has been taken away from you into heaven. And someday, just as you saw him go, he will return!   Acts 1:11 NLT

Yes He rose from death - He returned to heaven - and HE WILL COME AGAIN! 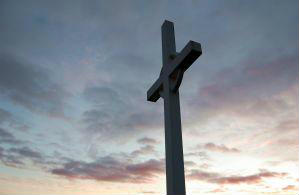